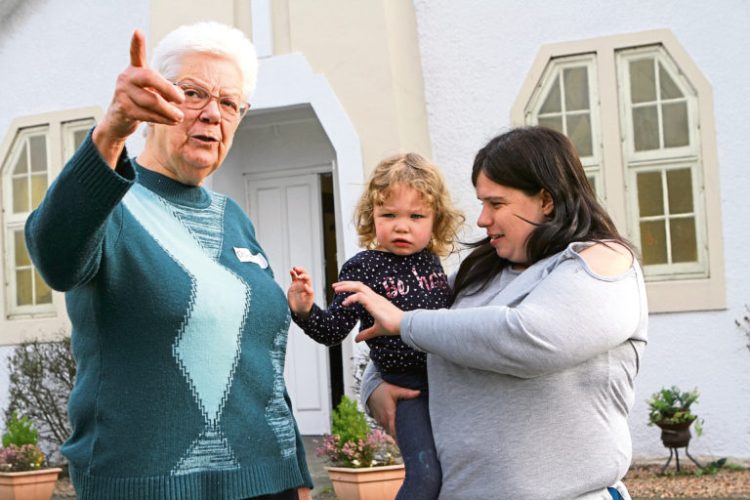 The word “uncertainty” is used a lot now. With political paralysis over leaving the EU, economic exhaustion for employers and employees and a social strain created by budget cuts and rising demand, times are tough. The latter concern was raised by the Scottish Council of Voluntary Organisations at their annual conference last month yet their Chief Executive, Anna Fowlie, also said some charities “still feel optimistic”.

It was an odd choice of words but I think Anna hit the nail square on the head. There was a tangible optimism in the air last week during my visit to St Ninian’s Stay and Play Family Support Project in Mid Craigie. As I arrived last Monday, their pioneer was negotiating a significant sum with a funder to sustain the long-term resilience of the project but staff and volunteers were upbeat and the place was buzzing.

Stay and Play offers structured programmes and therapeutic services for isolated families with children and they see it all, from adult illiteracy to domestic violence. The Resolution Foundation released figures this month in which the author, Adam Corlett, projected that child poverty will rise to record levels in the next five years driving an additional one million children across the United Kingdom into poverty.

Rhona Armitage (pictured above), together with local minister, Fay Lamont, pioneered the project in 2011 following the release of figures confirming that the datazone they operate in is situated among the 5% most deprived in Scotland. Rhona is a salt of the earth character, humbly describing herself as “the general dogsbody” when she is, in fact, the consistent thread weaving the whole tapestry together. A real Dundee worthy!

But the real legacy is written upon the lives of the mums they support. Kelly (pictured above), aged 34, has a learning disability and was suffering from a lack of confidence until a support worker brought her and her beautiful wee girl, Robyn, along. As two year old Robyn played happily in the background, Kelly said: “I would never have come here alone, but they welcomed me and rebuilt my confidence. Now I bring Robyn myself.” Kelly added: “Here, they’re not just interested in Robyn’s development, but mine too. We are one big family, this has become a second home and they make me a better mum.”

St Ninian’s restores a sense of family for those whose relationships have come undone, recreates a second home for those whose safe space has been eroded and reignites hope in mums whose aspirations have been affected. For the wonderful women I met here who are swimming against that tide of uncertainty I referred to, projects like this are an anchor where they might otherwise be swept away.