This article appeared in the print edition of the Evening Telegraph: 15/07/2019 [Online], Available: https://www.eveningtelegraph.co.uk/fp/ewan-gurr-nhs-is-a-national-treasure-and-must-remain-that-way/ [Accessed: 2019, Jul 15] 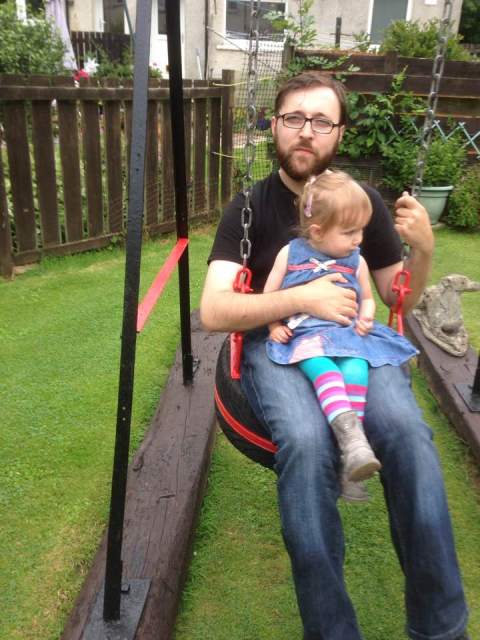 “In 2014, our NHS saved the life and preserved the wellbeing of my daughter and my wife…”

I owe the life of my four year old daughter and wife to our National Health Service. In 2014, when my little girl was born in Ninewells Hospital in Dundee and I held her in my arms during the first seconds of her life, inconsistent breathing was smothering a full blown cry and I knew something was not right. Meanwhile, my wife started to haemorrhage due to blood clots. I was torn between my daughter who was whisked off to the neonatal intensive care unit and while my wife was taken in the opposite direction to the labour suite as both their lives hung in the balance.

My daughter spent many days and nights throughout the first year of her life at the Royal Hospital for Sick Children in Edinburgh, who offered her excellent care. The current building is architecturally attractive but practically unpalatable having been forced to accommodate over four times the number of patients it has capacity for. Last Tuesday, A&E services were due to be transferred from there to a new £150 million facility but a ventilation fault halted the move. News of the failed transition broke on Friday 5th July – exactly 71 years to the day that the NHS was founded.

Unsurprisingly, Jeane Freeman, the Cabinet Secretary for Health, came under fire. On BBC Scotland’s Nine show last week, Ms Freeman accepted responsibility for the health service and humbly stated she may be held accountable for this failure. I have met many politicians but I would consider Jeane Freeman to be among the absolute finest. I first met her when she held the social security brief and I encountered an astute, considerate and thoughtful politician and have yet to see another person single-handedly dismantle the formidable Andrew Neil in a television interview with such aplomb.

I was disappointed when Ms Freeman’s predecessor, Shona Robison, resigned from the role in 2018 after a series of unforeseen events and it would also be incredibly short-sighted if Ms Freeman became a casualty to the current mishap. One reader, Kevin Rice, recently wrote a letter to the Evening Telegraph about the outstanding care he received at Ninewells and stating it may be the best hospital in Britain. His letter received over 200 responses and most were overwhelmingly positive.

In 2014, our NHS saved the life and preserved the wellbeing of my daughter and my wife and, 71 years on from its formation, I want to celebrate that and reflect upon the words of its founder, Aneuryn Bevan, who said: “No society can legitimately call itself civilised if a sick person is denied medical aid because of lack of means.” Our NHS is a national treasure and it requires consistent leadership and studious oversight, which is why a politician of Ms Freeman’s calibre must stay.