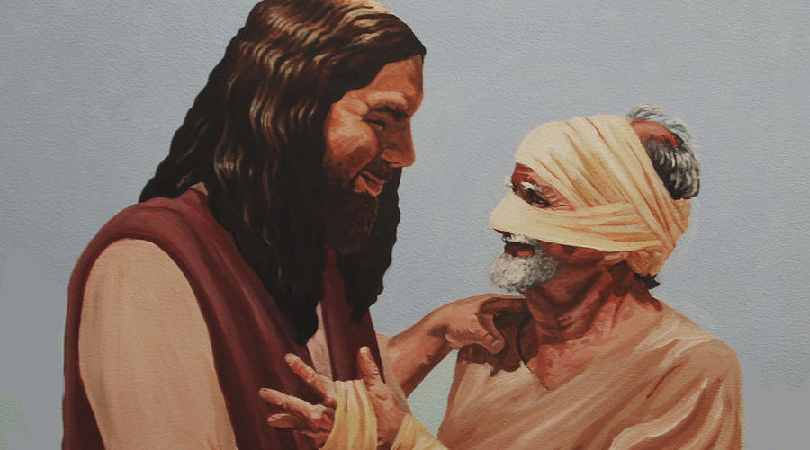 “When we lock down our ability to love our neighbours, we invite a more vicious pandemic than the current one.”

History will refer to 2020 as the year of the pandemic but later this week we receive the gift of a welcome rest. And given Christmas is a celebration of the birth of Christ, I have reflected upon how Jesus himself would have responded to the pandemic on the basis that viral outbreaks were commonplace in first century Palestine when he walked the earth.

In the Gospel of Matthew, we read about Jesus delivering his signature sermon commonly known as the sermon on the mount. He describes as “blessed” the poor, the mourning, the meek, the hungry, the thirsty, the merciful, the pure, the peacemakers and the persecuted. He calls them “the salt of the earth” and “the light of the world”. It was unusual to hear a Rabbi deliver such a bombastic manifesto for marginalised Jews living under Roman occupation and his audience were entranced.

But how did his audience know he really meant it? Matthew 7 captures the climactic crescendo of Jesus’ signature sermon as he says: “By their fruit you will recognise them” and “everyone who hears these words of mine and puts them into practice is like a wise man…” It is almost as if Jesus is inviting his marginalised audience to test the integrity of his words and find out if he is the real deal. No sooner had Jesus set foot off the mountain than he is confronted by his first prospect – a leper.

Leprosy was the pandemic of Jesus’ day. Lepers were excluded, unsightly and unwanted individuals so you can imagine Jesus’ invitation ringing in their ears. However, Levitical law was a lot like our government guidance. Lepers were required to wear a mark around their neck like our face masks, they had to shout “unclean” as track and trace to anyone who came into close proximity, to listen to Jesus he would have to socially distance from the crowd, and he had to self-isolate until recovered, if that ever even happened.

In his commentary on Matthew, William Barclay says: “[Leprosy] is a terrible progressive death in which the sufferer dies by inches.” In 2009, while volunteering with the Missionaries of Charity in Calcutta, India, I was invited to visit the leper colony founded by Mother Teresa in 1958. The colony is a self-sustaining enterprise where those there build, make and sell craft goods like the head scarves worn by the nuns. Like Jesus’ treatment of the leper, they are valued as welcome communal citizens.

Jesus had every reason to socially distance but instead touched the man because, he knew, as the Apostle Paul later wrote: “The letter [of the law] kills but the spirit gives life.”. If there is anything we can learn from Christ at Christmas, it is that when we distance ourselves and lock down our ability to love our neighbours, we are inviting upon ourselves a more vicious pandemic than the one we are currently enduring. It is time to reopen society, return to treating people with humanity and yes, also shield the vulnerable and elderly.

This may not be a popular column but nor was Jesus radical message and it led to his crucifixion.