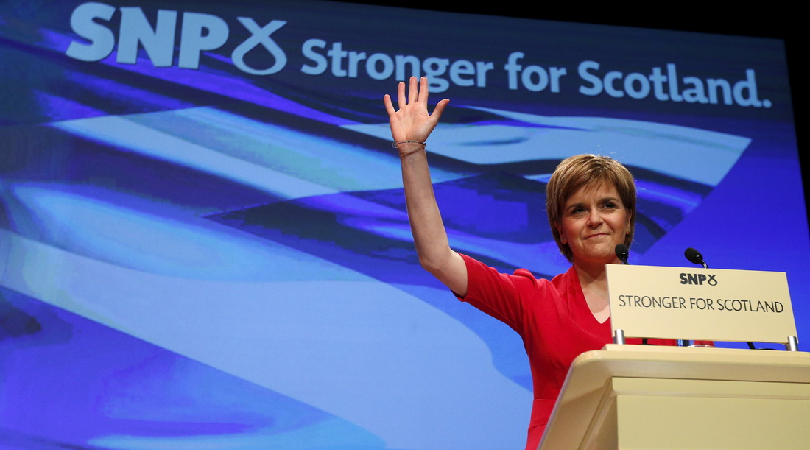 “As sharks encircle the SNP, the question is can they hold it all together until they secure another independence referendum?”

Ewan Gurr: ‘Can SNP hold it together and secure referendum?’ (eveningtelegraph.co.uk)

The ultimate measure of political success is predicated upon whether or not you managed during your term in office to turn your vision into a reality. Amongst the annals of undisputedly successful UK Prime Ministers would be the likes of Clement Attlee, David Lloyd George and Sir Robert Walpole. Some might even cite recent premiers like Tony Blair and David Cameron, who both achieved relative success, even if each of their legacies will be defined by one word – Iraq and Brexit respectively.

But what of devolved leaders? I wonder how Alex Salmond, for instance, when he was appointed leader of the Scottish National Party in September 1990, would have defined success. I think he would state reopening a Scottish Parliament, winning the confidence of the Scottish electorate to govern and pursuing Scottish independence as among his key priorities. These he did but some of his goals remain unattained – t0 secure independence, establish a Scottish state and seek EU readmission.

By any metric, the SNP is one of the UK’s most successful parties. Despite having lost the independence referendum in 2014, its membership quintupled to the extent they even overtook the Conservative Party as the UK’s second largest party in 2018 before Theresa May’s resignation. However, the failed push for a second referendum and leaving the EU have been obvious setbacks to them. The forthcoming election in May will be about one thing – securing a mandate for independence.

Polling for The Sunday Times last week revealed over half of Scots want another referendum in the next five years, would vote for it by 52% to 48% and pointed to Boris Johnson as the biggest driver for independence. In an interview with the BBC regarding his visit to Scotland last week, I said we should always welcome him as the democratically elected leader of the UK but he must also be aware his appearances tend to tweak support for independence by a percentage point or two whenever he does.

Things are neither terrific nor terrible for the SNP right now. Optimists might say they have won every election in the last decade and point to unassailable polling ahead of May as well as 20 consecutive polls highlighting support for independence. Pessimists might say Nicola Sturgeon still has to present evidence on her handling of accusations of sexual harassment regarding Alex Salmond and point to the exodus of young members last week over the SNP’s stated indifference towards transphobia.

The last few days have been particularly challenging after a highly controversial and tense meeting of the National Executive Committee on Sunday led to a split vote on placing BAME and disabled candidates at the top of ballots for regional lists with the casting vote of the chair passing the motion. This was followed 24 hours later by the sacking of its high-profile and feminist Member of Parliament for Edinburgh South West, Joanna Cherry, who has served on the frontbench since her election in 2015.

As sharks begin to encircle the SNP, the question is can they hold it all together until they secure another referendum? The suggestion in their 11-point plan published last week of a dummy referendum with no democratic legitimacy is a nonsense and not one, even I as a supporter of independence, would participate in. If Scotland is to become independent, then it must do so by adhering to the principles of democracy.